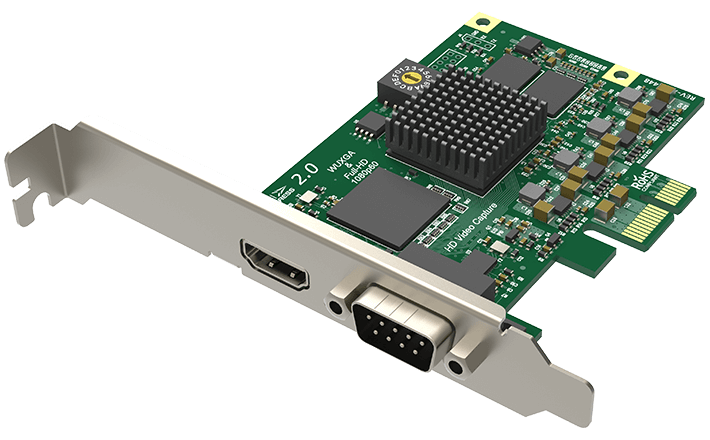 4 in stock (can be backordered)

Magewell’s 11040 Pro Capture HDMI One-Channel PICe 2.0 Capture Card is a capture card for HDMI, Composite, Component and S-video with audio. This card captures HDMI + Embedded Audio via the HDMI port and also the following video signals via the included breakout cable: Component + Audio, Composite + Audio and S-video + Audio. It has an adaptive HDMI equalizer support for cables lengths up to 98ft.

This card is loaded with features such as ultra low latency, multiple capture streams and multiple cards per system. It allows for timestamp and A/V synchronization and full 10-bit video processing with features such as independent cropping, scaling, de-interlacing, OSD composition and aspect ratio, color format and frame rate conversion for each individual stream. It also supports capture image resolutions for up to 2048 x 2160 pixels and capture frame rates up to 144fps.With an on-board rotary switch, you can set the card number with 16 positions from 0 to F. The video and audio device names will be displayed in your software and will include the card number set by the rotary switch.